Empty
This text was translated from Google Translate. 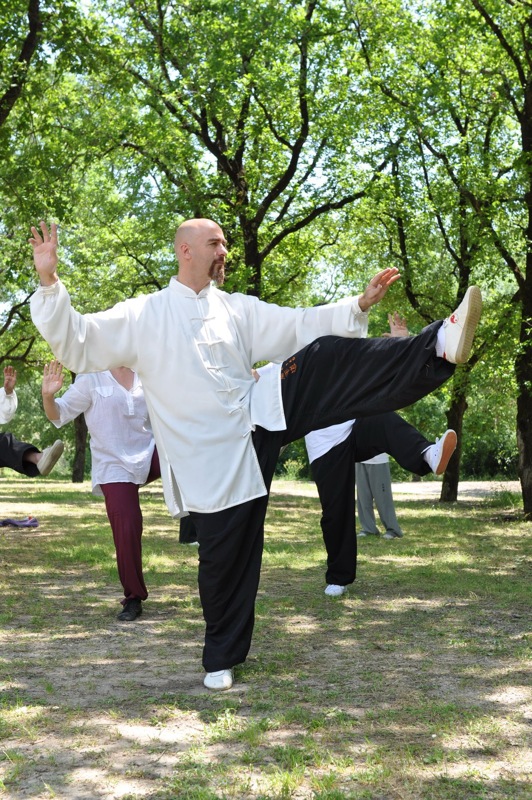 Jean-Jacques Galinier has a passion for martial arts and Chinese energy arts. Since the age of 10 he was attracted by Asia and the knowledge it has generated in its long tradition.

In 1982 he began studying Yang style Taijiquan. Since 1984, he studied with a Western Master "Universal Knowledge, named Métamatique" by its creator William Arnaud. With him, and he studies the different philosophical and metaphysical currents, the great religions, history and the humanities ... and continues this work within development for over 30 years.

In 2005 he met Master Ding Dahong and officially becomes his heir disciple in 2006. That same year he was recognized "renowned master Taiji Quan Shi Ming" by a committee of experts to Wenxian Masters-China (capital of Chenjiagou , historic cradle of Taiji Quan). 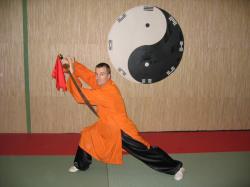 Begins practicing KUNG FU WU SHU in 1986. He obtained in 1993 the federal instructor to grade FKFWS black belt. Many styles studied over the years, such as CHANG QUAN, NAN QAN, and WING CHUN, to mention only the great families.

In 1993, he also met Master Agnouba CELLHACS, in Ivory Coast, with whom he deepened his work the traditional gong fu, and strengthening external labor.

In 1995, after the meeting of shaolin monk SHI DE YU, he decided to found his association (law 1901) CHUAN TAO SHU, to promote the gong fu shaolin. He began teaching kung fu in 1996, the TADAMY FORM dining Colomiers.

Since 1998, he teaches Shaolin gongfu complementing the Chinese disciplines offered by AMBC. 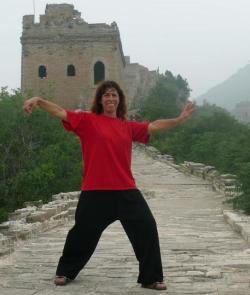 Annie Tropis practice taiji since 1991 with Jean-Jacques Galinier. She obtained a degree in sports Performer 2000 with the EPMM, validated Professional Qualification Certificate approved by the Ministry of Youth and Sports.

Annie Tropis is interested for more than 20 years in China's energy and knowledge of the previous Ching Heaven.

She assiduously Taiji Quan Yang style, Chen style and Qi Gong for ten years, continues to take courses and courses with Jean-Jacques Galinier, is exercised also to the sword Yang and Chen style and has good notions Tui Shou and martial applications. She also participated in numerous demonstrations (Night of Shaolin, etc.).

In addition, she completed two internships in China, organized by Jean-Jacques Galinier Dahong Ding with his master, and attends classes and workshops offered at the regular goings of the Chinese master in Blagnac.

It is a follower convinced that the study and practice of Taiji Quan bring their health benefits at all levels (physical, mental and spiritual); his conviction is based on his experience.